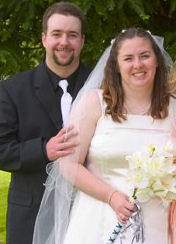 Sheri and her long-time boyfriend, Jason Barrett, have been best friends since high school.  Things really heated up for them in 2004, and they were married on April 30, 2005.  After the wedding, Sheri and Jason lived in Arizona for a few years, but moved back here to California in 2009.

Sheri's a pretty good photographer.  You can check out some of the pictures that Sheri has taken here.

Sheri attended Cal Poly State University in San Luis Obispo, as well as our local community college...  where she majored in child development.  I'm sure that's come in handy now that they have a child of their own...  our very first grandchild.

Jeff graduated from Arroyo Grande High School in June of 2004, attended Cuesta College in San Luis Obispo for several years, and graduated with a degree in Television & New Media Production from San Diego State University.  He has been technology oriented since an early age, and those who meet Jeff quickly realize that he has skills WAY beyond what you would expect in someone his age. 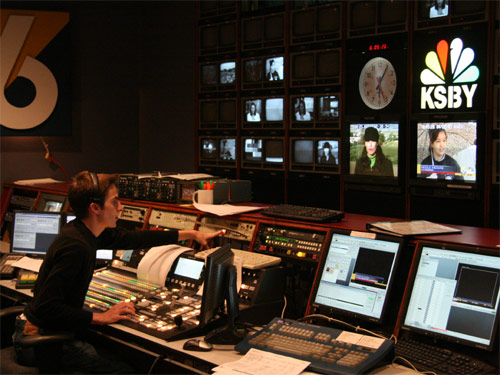 From a very young age, Jeff was totally consumed by an interest in video production.  It started by just fiddling around with our camcorder at home when he was a young kid...  in junior high school he helped produce the school's video yearbook...  at the age of 16 he was directing several TV shows as a volunteer at the local cable company's public access TV studio...  and at the ripe old age of 17 he landed a real job with the local NBC-TV affiliate, where he was involved in all of the technical aspects of their nightly newscasts.  He does everything from editing together video that was shot in the field, mixing audio feeds, creating graphics, and even quite frequently gets to be the guy in the control room directing the whole show.  Click here to see him in action!  These are not staged photos of him pretending to run the controls.  The photos show him running the control board and directing KSBY's live newscast at the ripe old age of 21.

Jeff's timing certainly was good.  KSBY used to be the classic small market TV station skimping by with aging equipment in a beat-up old building it had long ago outgrown.  For years they talked about building a new state-of-the-art broadcasting complex...  and finally, after going through several changes in ownership, they had the money to do it.  After years of planning and construction, the station finally moved in to a beautiful new building featuring the broadcasting studio of their dreams just about the time Jeff was getting serious about wanting to work there.  That state-of-the-art facility became his playground.

Jeff's hard work all along the way has definitely paid off for him.  Each of the little things he has succeeded at has opened the next door to something bigger and better for him.  After KSBY, he worked at KNSD and later took an internship at KFMB in San Diego which led to a full time job there as a producer for their news department.

Unlike your typical teenagers, Jeff has always been easy to get along with and stayed out of trouble.  He also managed to pick up a bit of his father's goofy sense of humor...  this guy has always had a way of making me laugh out loud like nobody else I know can!  Find out more about Jeff by reading his personal web site at www.jeffzimmerlin.com and also take a look at the amazing TV rundown software program he has created. 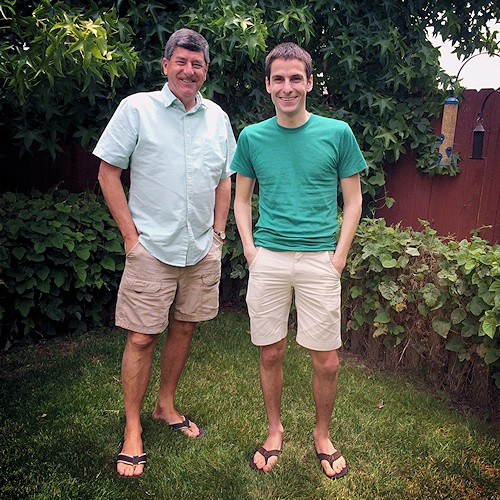 There is a LOT more to this web site than just this page!
Please explore the rest of the site by viewing our table of contents,
or by clicking on one of the quick links below.